Golfoholics > 19th Hole > Out of Bounds 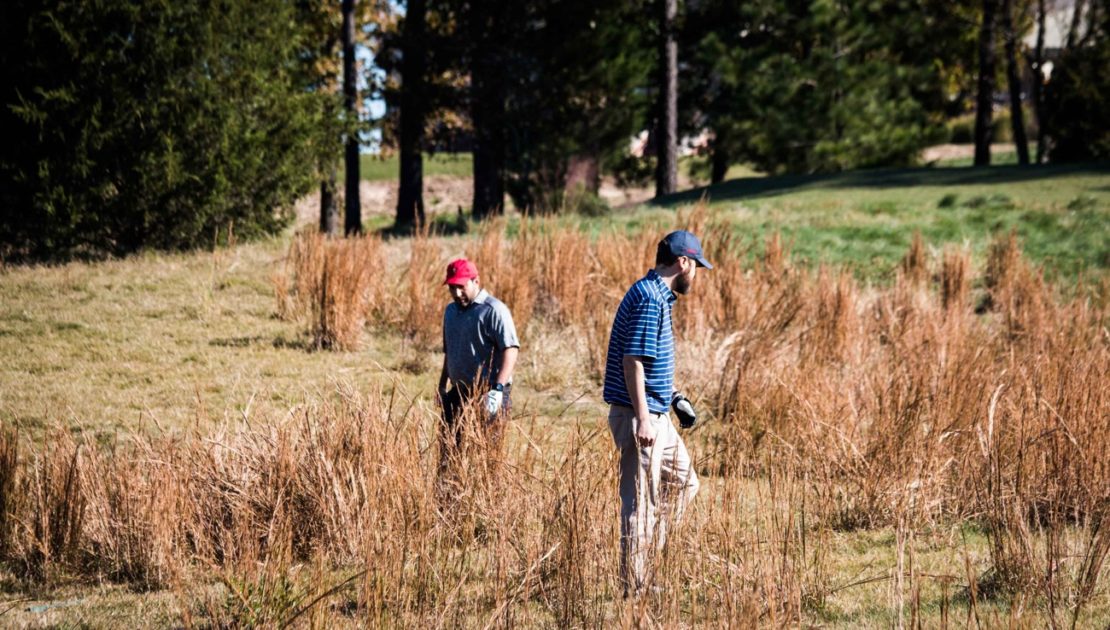 Did you hear Binzer has a piss club? You know that thing that looks like a golf club…but it’s hollow and you can pee into it right on the fairway. So we’re out at Trump the other day and he’s gotta go and we are nowhere near a tree or bathroom or anything…and he’s about 7 beers into it and feeling pretty loose. So he pulls out his pissclub and starts to fill it up. As if on cue, the cart girl comes flying up the cart path like she’s storming Normandy. Of course Binzer is still mid-pissfest and she pulls the cart right up to us trapping him between her beverage cart and his golf cart. Fortunately the club has a towel that drapes over your yogurt slinger. “What can I get for you?” she asks and Binzer, who without missing a beat says, “Two Coors Lights.” By now the three of  us are watching this and can’t believe she’s not onto him yet. She puts the beers in his cart and says “That’ll be 12 dollars…cash or member charge?” Binzer replies, “Cash” and reaches into his pocket forgetting he still has Willy Joe Johnson out for a stroll and takes his hand off the towel to grab his wallet. The towel falls to the side, and when he realizes his trouser snake is in full view of the cart girl, he tries to cover back up and the pee club falls to the ground and 7 recycled Coors Lights come spilling out. He’s now totally exposed and covered in piss. After an eternity of gasps, stifled laughter and silence, she finally says, “I’d like to say that’s the worst thing that ever happened to me out here but sadly, it won’t even make the top 5. Give me $20 and we’ll call it even.”