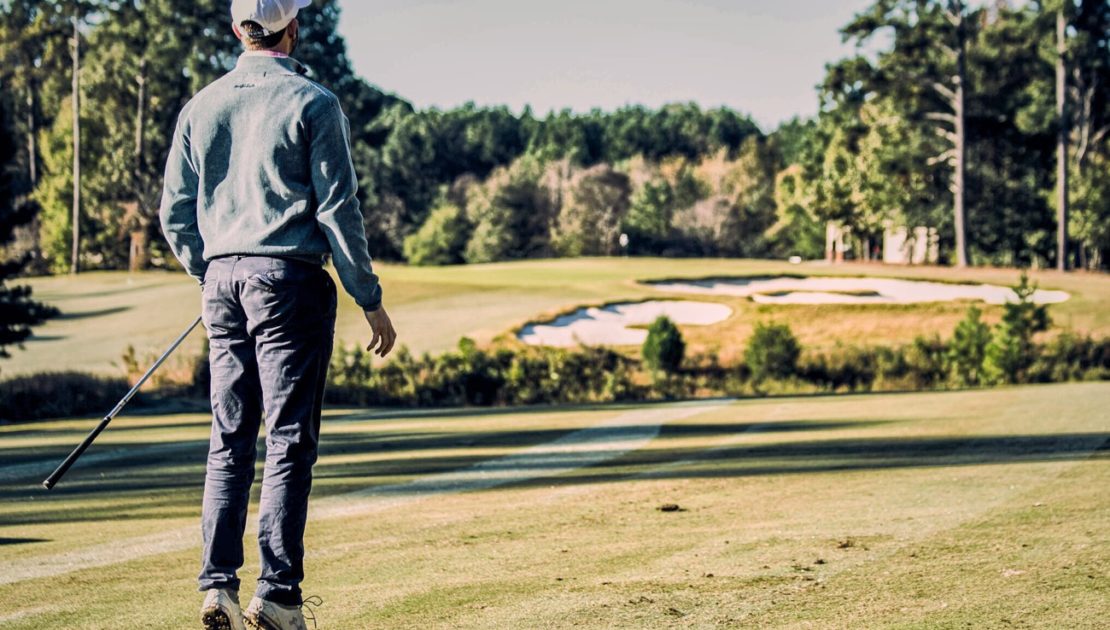 It was day three of the member-guest at my buddy Doc’s golf club on Long Island. Thursday was the practice round followed by copious cocktails on the back porch of the club. Friday consisted of three hungover nine-hole matches laced with heavy nerves, heavier drink and enough meat to horrify a vegetarian.

For the first time in our illustrious history of the member-guest, we’d won all 3 Friday matches. Now it was Saturday morning, and we’d just won the first of our two matches today. We were on track to win our flight, and the infamous crystal that went along with a win. All we needed was to beat the guys finishing up their match on #9.

As we made our way to the 10th tee to wait for them, the rain was coming down sideways. I was wearing a new rainsuit, but Doc was in a flimsy windshirt that was drenched. I was wondering if he’d survive another 9 when he declared, “I’ve got to go back to the clubhouse and take a dump.”

“No way,” I said. “We’ve got to play those guys on the 9th green to win our flight, and I’m not taking them on single-handedly till you get back.”

“There’s a maintenance shack in those woods,” our caddie said pointing to a rundown building tucked in a stand of trees. “There’s a shitter in there.”

Doc went sprinting away in the rain with soggy clothes and clenched cheeks. Meanwhile, our opponents finished their morning match and approached the 10th teebox. I made small talk till Doc reappeared sporting a yellow poncho that was about 3 sizes too small for his Flinstonian frame. With nothing on underneath.

“I walked into the shed and saw a microwave,” Doc explained. “So I stripped down and put my clothes in it to dry. They were light colored, so I put it on the poultry setting, and went to do my business. Then I smelled something more vile than the bathroom I was sitting in. Turns out it was my clothes melting. So I grabbed this poncho off a hook by the door.”

“That should do wonders for you swing,” I said hopelessly, then realized I’d bought an oversized golf towel at the pro shop that morning. “Here, try wrapping this around your waist.”

Doc was quite a site in nothing but his golf shoes, rain hat and the towel. And while our opponents laughed as they approached the teebox, their demeanor was dead serious as we entered into battle. The skies cleared on the back nine, and the sun came out and dried the greens and the towel Doc was wearing.

The only thing more heated was our match, which was all-square going into 18, a par 3 over water to a large green adjoining the back porch of the club, where dozens of members sat watching the action.

Doc hit a beautiful 8-iron pin high, then drained the putt for the birdie and the win. Whipping off the golf towel around his waist, he did a little dance on the green in his birthday suit while the guys on the patio hooted, hollered and applauded.

When the hoopla subsided, Doc bought a new rainsuit with his winnings.

And I started writing golf stories.